After months of keeping our fingers tightly crossed, we are absolutely thrilled to announce that our rising star, Kathryn Gundry was declared WINNER of the OxPropFest Young Property Person of the Year Award last night at the OxPropFest Awards & Dinner.  The Awards & Dinner followed the UK Property Festival Expo in Bicester where we ran an exhibition stand to promote our company and it was fantastic to be able to finally attend a live event in person again.  The Award was presented by Olympic Rower Gold Medalist Greg Searle MBE at the Awards & Dinner ceremony which was attended by over 400 people.  A particularly impressive award for Kathryn as she was up against entrants from Savills and Bidwells.  This is the second award for Kathryn, who earlier this year, won the G4C Future Leader Award at the SECBE 2021 Awards. 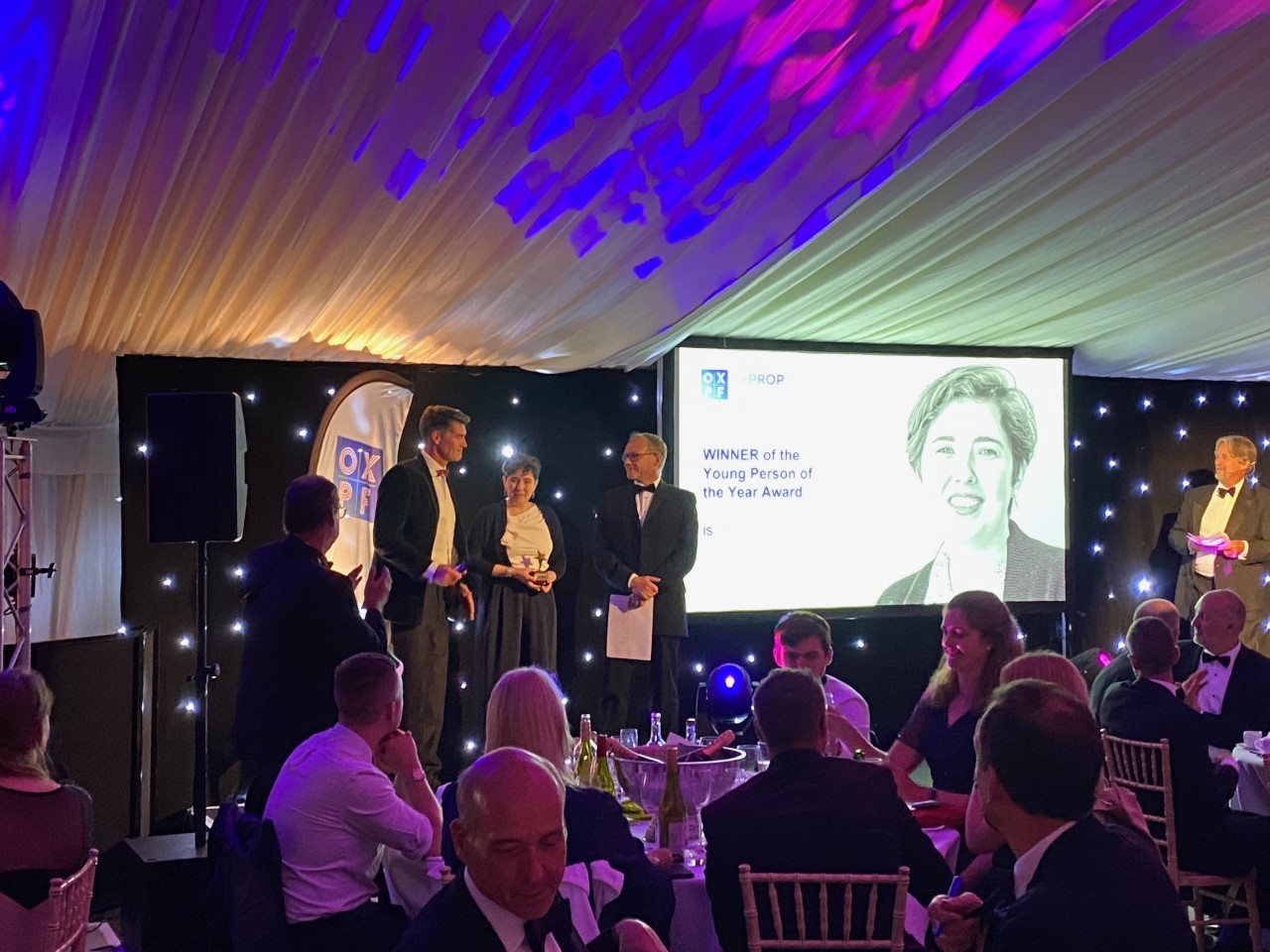